When one thinks of the Navascués surname, only one word comes to mind: wine. And the fact is that this family, purebred Aragonese, has been linked to the world of winemaking for many generations and day after day continues to leave its mark, wisdom and know-how, advising many wineries in Aragon and beyond, and creating excellent wines that we then enjoy tasting. They are Jesús Navascués, Jorge Navascués and Mariano Navascués.

Although the story goes back a long way, the one closest to our times is that love triumphed between two great wine lovers. Precisely when one of them, Jesús, went to Requena to study oenology. He, the son of a master winemaker who worked at the Cooperativa San Juan Bautista -currently Bodegas Aragonesas- came from the Zaragoza town of Fuendejalón (Protected Designation of Origin Campo de Borja) and she, María Amparo, daughter of a family with close ties to the world of wine, was from the Valencian town of Requena (Designation of Origin Utiel – Requena), where “they have more vineyards than we have in all of Aragón”, said  Mariano Navascués. 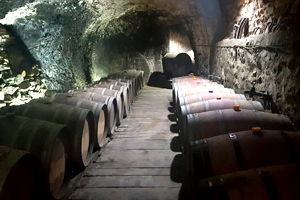 Love triumphed in Valencian lands, but it developed, lived and settled in Cariñena, where Jorge and Mariano were born. Jorge has followed in the footsteps of his father and grandfather, where after so many years of experience and professionalism he is being considered one of the best winemakers in Aragón, and Mariano decided to dedicate himself to the world of communication since, as he says, «I have always liked to tell things and if they are related to the world of wine, the better. With my work I help to give visibility to projects and wine brands in Aragón, with a view to achieving all their goals. Like, for example, gaining a foothold in the market».

For Jorge, talent is associated with youth and he warns: «Aragón has a great heritage of talented people. My father told me a phrase years ago that I will never forget: “You have to go around a lot in Spain to find an area like this in the world, it has a winemaking potential that we don’t know about.” We have to value the true heritage that exists here through the people, the culture, the landscape and, above all, the experience. This community has thousands of stories and people come and go».

For the Navascués brothers, the great example of their life and of their day-to-day is their father, Jesús. «He is a man who has many dozen vintages behind him. He has been advising wineries in Cariñena, Somontano, La Rioja, Navarra, Tenerife… My father has set us an example and has instilled in us that perseverance, seriousness and rigidity at work are essential to carry out everything we set out to do. We are very proud of him and very grateful for all that he has taught us and continues to teach us every day. He is one of those people who loves wine so much that he is virtuous in what he does. My brother and my father understand each other perfectly without using words, they make an impressive team», says Mariano.

For the Navascués family “it is everything”. «It is our home and our DNA. Our veins, as if they were vines, are deeply rooted in this land. We are from Cariñena, my brother and I were born there, and we are very attached to the territory. In addition, through my work in the program Chino Chano, on Aragón TV, with which I have been travelling all over the region for 13 years, I have realised that Aragón is more than a territory, it is a feeling. For us, Aragón it is the place where we live, we take care of, we defend and the place we love”, Mariano pointed out.

As for wine, Jorge says that Aragón is in a “sweet” moment and that there are wines with more visibility than ever. “We have a union between all parts of the sector that is enviable for many people. I have taken advantage of the time of confinement to study all the gurus of this country and more than one has spoken of the great potential that Aragón has. We have four Spanish sommelier champions. We have two of the six Master of Wine who live in Spain residing in Aragon. We have a very nice potential ahead of us, because we make wines that can be at the level of great regions. I think that the sweetest moment in Aragon for it to be communicated and known is now, because of the union that exists between the different parts of the sector and because there is optimism, joy and enthusiasm. Moreover, we have removed that inferiority complex that we had. Now we are waking up. If all of this can be united into one thing, it is now. We are 10% of where we can get to, but, above all, without forgetting where we come from: everything we have experienced lived and learned over so many years”, Jorge Navascués stressed. 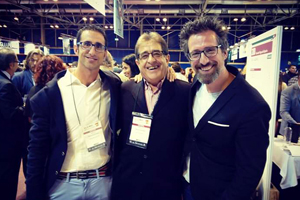 Aragón has a wine heritage that goes back thousands of years. According to Jorge, his DNA has allowed him to understand wine in its context and understand that the territory must be valued, but “to leave it to those who come behind after is.” «Aragón is in a great moment to be able to open up to the world, but without complexes and realizing that this is where we come from. There is a phrase by Álvaro Palacios that I think we can extrapolate to the moment Aragón is living right now: ‘they are waiting for us”, he said.

At the moment, a project is underway, in which Mariano Navascués is immersed, linked to the world of wine that can be a turning point in winemaking training in Aragón: Aragón Wine Expert

It is an initiative that was born with the intention of disseminating and promoting knowledge of all the wines and areas that exist in Aragon, so that people get to know them better. “There is a very good phrase that says that you only love what you know, so let’s get to know the wines, so that we can love them more and defend them with more momentum”, concludes Mariano.